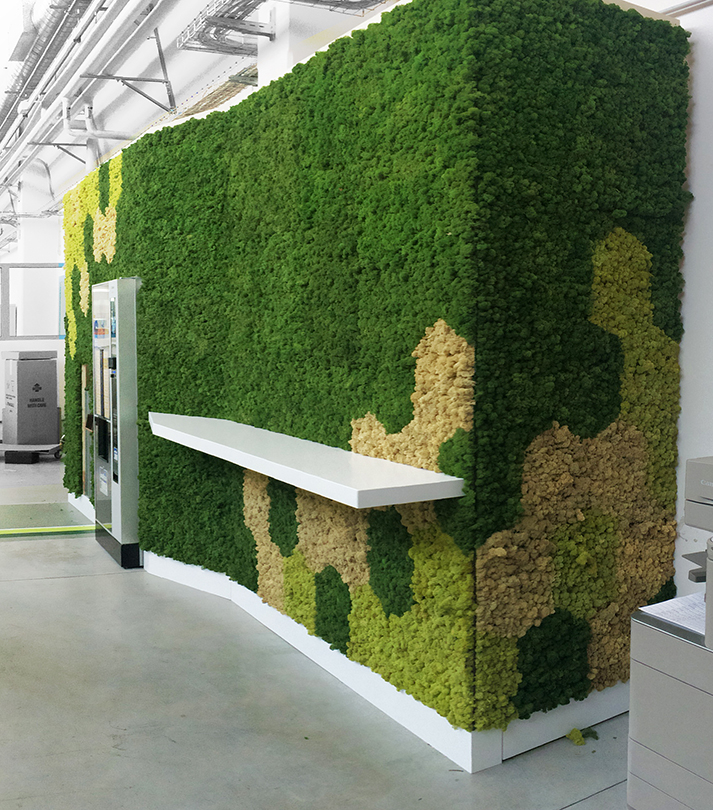 The beneficial effect of plants in the workplace has been repeatedly studied from a scientific point of view: their presence stimulates our mental and physical well-being and now we can say with certainty that the interaction between man and plant essence becomes an improvement for work and life aspects.

For this reason, the project has brought a physical restyling within the Tuscan manufacturing company linked to the presence of plants and a different production approach, which takes into account the fundamental positive aspects on which a working environment is based in which the plants become founding element of the production itself.

Great revolution in the production field was made by the method Toyota Production System that since 1948 introduced a method of organization of production derived from a different production philosophy than mass, introducing the concept of 'doing more with less', that is to use the resources available in the most productive way possible with the aim of drastically increasing the productivity of the factory. This great method applied by the largest existing companies has not neglected to study, in addition to aspects purely related to the functionality of the product, also issues related to the aesthetics of the working environment and its harmony in terms of identifying and functional colors to the organization of flows. The introduction of indoor plants is a part related to these aspects and we have proposed it in these terms.

The introduction of plants with a purifying action has also occurred to greatly reduce the disturbances related to the physical psychic malaise of employees leading to:
1- Internal climate optimized thanks to the phenomenon of evaprojection;
2 - Purification of air from dust and dust thanks
3 - Reclamation of harmful substances that are produced during processing or found in construction materials l